Luanda airportLubango airport
CORONAVIRUS: Check the restrictions in force with your airline or by contacting the airport, taking into account its origin and destination. In the case of international flights you can see the situation of each country at International Map current country restrictions.

Recommendations for travelers to Angola

According to your nationality, before planning your trip, please check with the embassy or consulate of Angola in your country of residence Angola, if you need Visa in order to enter the country. Make sure to have the health insurance required and the valid passport, as well.

In addition to passport and visa, if you plan to travel to Angola, whether for business or pleasure, we suggest to review the following information: International Airports - Airport Safety Rules - baggage allowance, size and weight restrictions - Most visited cities - Driving in Angola - Electricity - Time Zone - Business hours - National Holidays - Weights and Measures - Rules of Etiquette and Commercial Practices

The busiest airports in Africa 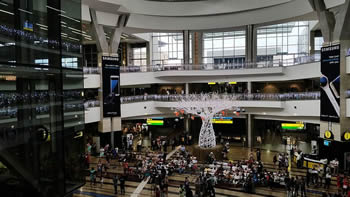 Airports most searched by our users